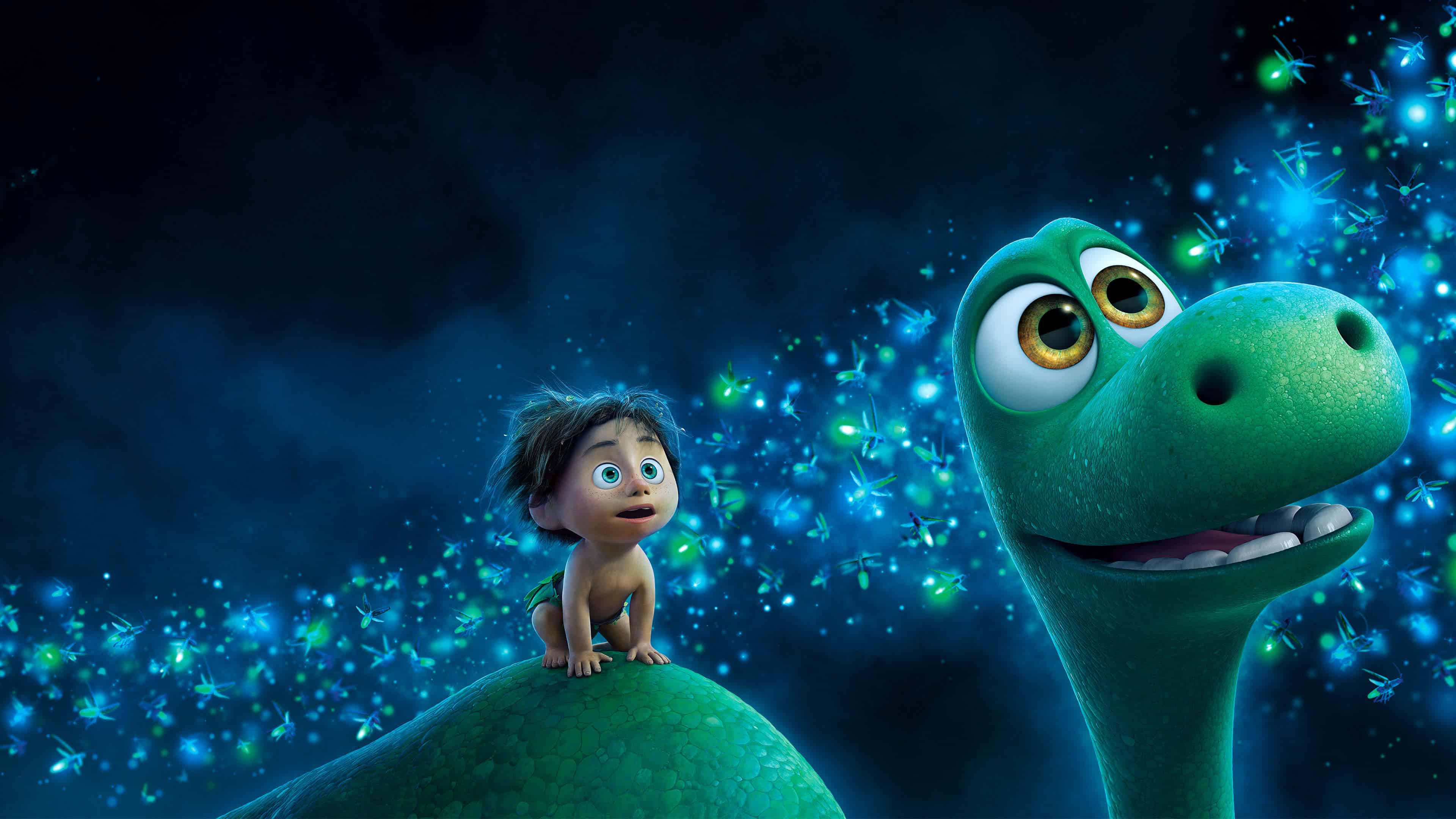 The Good Dinosaur is a Pixar Animated Studios and Walt Disney Pictures computer-animated film directed by Peter Sohn, released November 25, 2015. They movie follows an unlikely friendship between Arlo, an Apatosaurus, and Spot, a cave boy. In an alternate history, the asteroid that was supposed to cause the extinction of the dinosaurs millions of years ago, misses Earth. Arlo is far away from home after falling off the river trying to catch Spot. Shy and timid, the young dinosaur must find his way home while he fights for survival in the dangerous and unpredictable world. He finds companionship from a caveboy as they both travel back to reunite with their families.