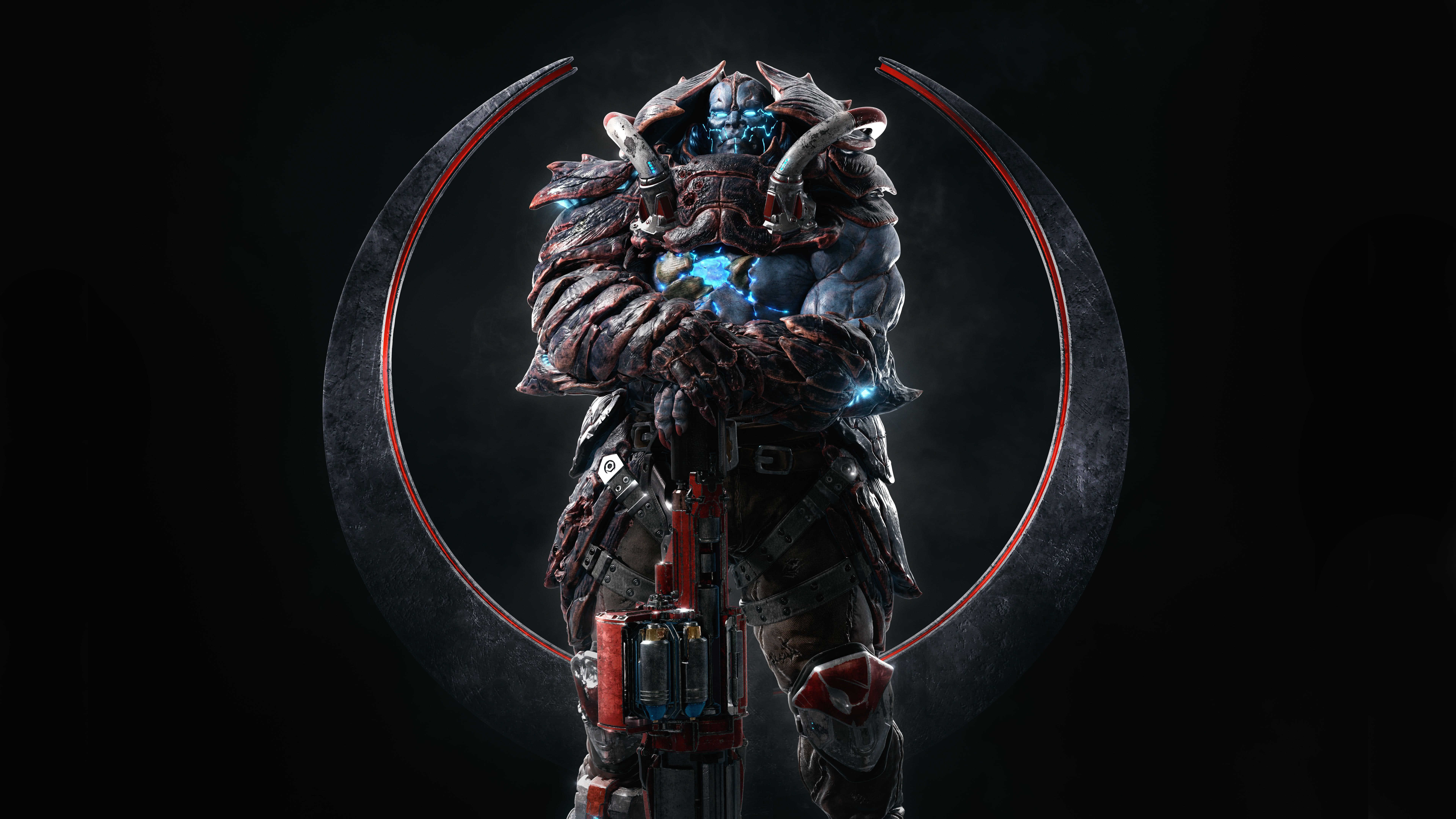 Quake is a skill-based, arena-style video game. Players control warriors and each has their own attributes and abilities which allows them to compete in their own distinctive styles. Scale Bearer is known for his Bull Rush ability. It is when he rushes forward at great speed like a giant engine and kills everyone on his path.

Scale Bearer is a warlord of the marauding Greiss. He plunders technology to strengthen his army and conquer worlds. Unfortunately, he was defeated by a reclusive, phase-shifting race and was exiled. Obsessed with vengence, he discovered their power source: an ancient shrine with a seething sphere of liquid within. He tried to get the sphere but it consumed him and he vanished. He awoke in a bizarre and brutal realm and seeks a way back to regain his command and wield his new found might. 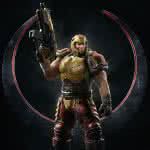 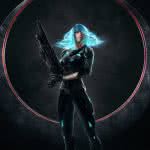 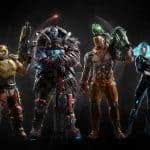 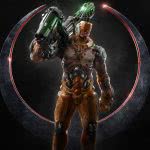 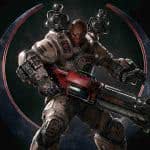