Unravel is a video game developed by Coldwood interactive, published by Electronic Arts and was released February 2016 for PlayStation 4, Xbox One and Microsoft Windows.

The main character of the game is Yarny, a red yarn creature with human-like characteristics. The player navigates Yarny to solve puzzles, avoid dangerous creatures and get past obstacles. The character uses the yarn from it’s body to create rope bridges and pull things. Hence, Yarny gets thinner and needs to interact to a ball of red yarn to refill his frame.

According to Director Martin Sahlin, the yarn that makes up Yarny represents love and that the character unravels as they travel away from what they love. 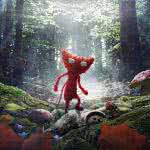 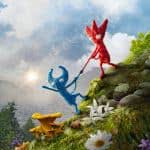